Miranda Burt remembers what it was like as a young child, looking up to college athletes she might someday aspire to be.

That’s why – a dozen or so odd years later – getting a chance to be a mentor meant so much to her and the rest of the University of Chicago men’s and women’s basketball players who participated in a service project that engaged nearly 1,000 Chicago Public Schools students on the South Side.

“It was really cool to be able to be on the other side of this interaction and give back in a way that I was given when I was their age,” Burt, a second-year guard on the UChicago women’s basketball team, said. “I really enjoyed getting to talk to them about their own personal hopes and dreams, and encourage them to pursue those dreams, along with academics.”

“WE WERE ABLE TO TALK ABOUT OUR LIVES AS STUDENT-ATHLETES AS WELL AS ENGAGE THE KIDS AND TALK ABOUT THEIR LIVES.”
SAM SUSTACEK, SECOND-YEAR FORWARD

The project, spearheaded by Maroons Head Men’s Basketball Coach Mike McGrath, was a collaborative effort between both basketball teams, the University’s Neighborhood Schools Program within the Office of Civic Engagement, and College Admissions.

It featured visits by players from both teams to nine area CPS schools last fall, where UChicago student-athletes read from books and held open question-and-answer sessions about literacy, balancing school and sports, and the skills needed to be a successful student-athlete.

The Maroons weren’t finished there.

Through funding made possible by Maroon basketball alumni and assistance from UChicago Admissions and NSP Director Shaz Rasul, the Maroons were not only able to connect with the students in their own classrooms, but also facilitate admissions tours of campus, provide lunches at UChicago dining halls, and give the students a chance to cheer on the Maroons in their season-opening games.

McGrath, who completed his 19th season at the helm this past winter, conceived the idea from a program his team participated in 12 years ago – the National Association of Basketball Coaches’ “Ticket to Reading Rewards.” That program was created by both the NABC and former CEO of CPS – and later U.S. Secretary of Education – Arne Duncan.

In that program, middle school age students received tickets to college basketball games for reading a certain amount of books.

“Data shows that students of this age who visit a college campus were exponentially more likely to attend college,” McGrath said. “Our basketball program participated in the effort and I thought it was outstanding and have wanted to simulate it ever since.”

While the program provided a glimpse into the life of a college athlete for the CPS students, it also provided benefits for the Maroon players – who simply enjoyed the opportunity to be a role model.

“We were able to talk about our lives as student-athletes as well as engage the kids and talk about their lives,” second-year forward Sam Sustacek said. “I love being able to connect with kids and show interest in their stories and interests and answer any and all questions they have, because it shows that I’m not that different from them.

“Showing the kids that we’re regular people, I think it makes academic and athletic success much more attainable in their minds. It really humanizes college, and it turns something that can seem so far away and elite to something that is within their means to achieve.”

Third-year forward Justin Jackson, like his teammate, also agreed that his status as a UChicago student-athlete means more than just balancing school and sports – it’s a platform that should be used to engage and impact the Hyde Park and surrounding communities.

“We have all been given an opportunity to pursue both our athletic and academic goals in part to our own hard work and dedication, but also because somewhere along the way, someone believed in us and encouraged us to imagine what could be made possible through hard work.”

Added Burt: “As UChicago student-athletes, we are so privileged not only to go to this amazing University, but to also play for this school. With this privilege comes a responsibility to give back and help others reach the same level of success.” 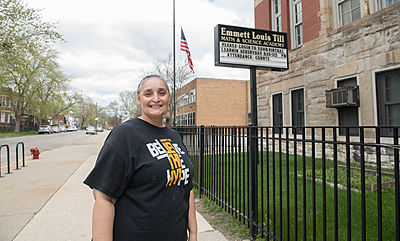 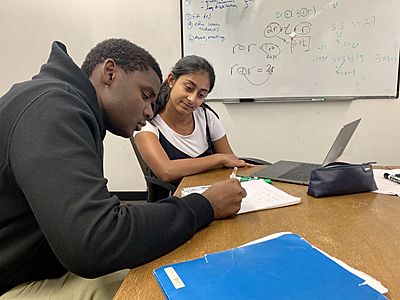 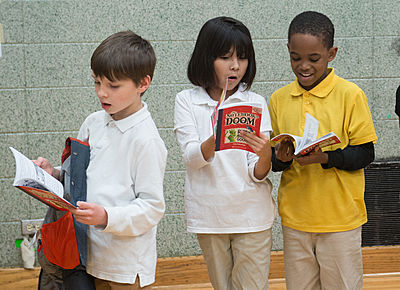